“Pupils’ spiritual, moral, social and cultural understanding is expertly developed. Pupils behave well. They care for each other and cooperate well. They are well prepared for life in modern Britain.”

The Department for Education states that there is a need:

“to create and enforce a clear and rigorous expectation on all schools to promote the fundamental British values of democracy, the rule of law, individual liberty and mutual respect and tolerance of those with different faiths and beliefs”.

The Department for Education defines British Values as follows:

We ensure that the fundamental British Values are introduced, discussed and lived out through the ethos and work of the school. All curriculum areas provide a vehicle for furthering understanding of these concepts and, in particular, RE, PSHE and Worship provide opportunities to deepen and develop understanding. We encourage our children to be creative, unique, open-minded and independent individuals, respectful of themselves and of others in our school, our local community and the wider world. We aim to nurture our children on their journey through life so they can grow into safe, caring, democratic, responsible and tolerant adults who make a positive difference to British Society and to the world.

“Pupils’ spiritual, moral, social and cultural development is well catered for. A thoughtful and well-planned series of acts of worship underpin the life of the school. Pupils are reflective about the themes they discuss such as ‘tolerance’and ‘respect’. As a result of the work of the headteacher and governors at the school, pupils are well prepared to take up their roles as productive, reflective and open-minded citizens. Pupils have the opportunity to learn about a wide range of religions. Examples of this include pupils taking part in a ‘faith walk’in Derbyand visiting a synagogue, a church and a mosque all in one day.” OFSTED, APRIL 2019 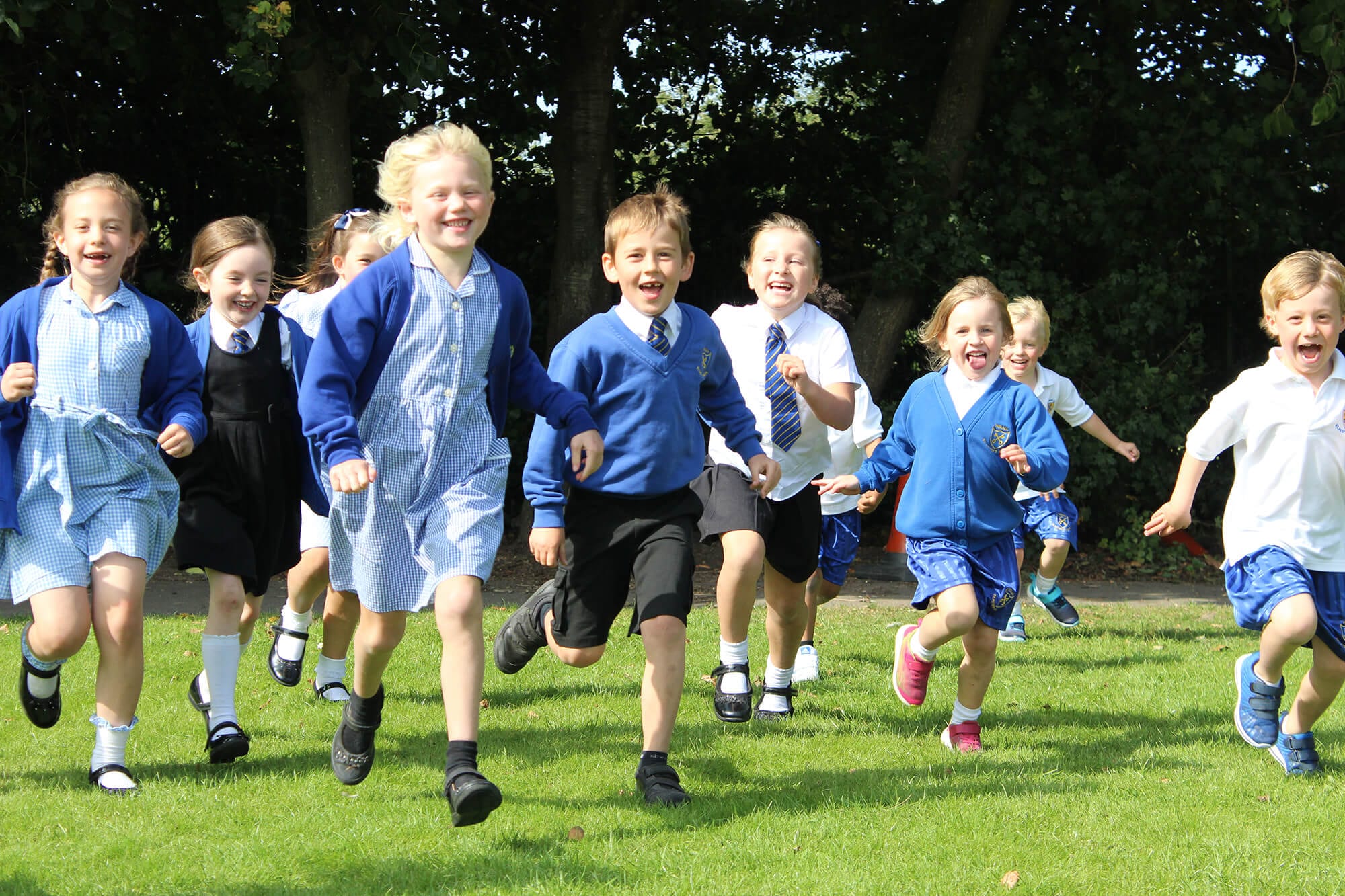 “Pupils are encouraged to take on roles of responsibility, mostly as they get older. Pupils are given the opportunity to vote for representatives on the school council, house captains and members of the sport and well-being committee. This reinforces teaching and learning about democracy that take place in class.” Ofsted April 2019

We have three school councils with elected representatives for Sports and Wellbeing, Church and Eco.

All children are able to put themselves forward to their classmates. A ballot is held and pupils are voted for.

All children are encouraged to debate topics of interest, express their views and make a meaningful contribution to the running of the school on matters that directly involve pupils.

The Headteacher reports to Governors about the activities of the School Council.

Children also have a voice via the classroom ‘Worry Monster’ boxes where they can raise concerns and share ideas.

The children were responsible for the development of our aims and vision.

Pupils also have the opportunity to have their voices heard through pupil questionnaires and pupil conferences.

The elections of House Captains are based solely on pupil votes.

Our school behaviour policy involves rewards which the pupils have discussed.

The principle of democracy is explored in the History and RE curriculum as well as in assemblies.

Pupils are actively involved in the selection processes of new staff.

The importance of laws and rules, whether they are those that govern the class, the school or the country, are consistently reinforced throughout regular school days. Our system for behaviour is aligned to an agreed code.

We have ‘Golden Rules’, which are deeply embedded in our work every day and tie in with our Christian Values. Rules and expectations are clear, fair and regularly promoted. Each class also discusses and sets its own rules that are clearly understood by all and seen to be necessary to ensure that every class member is able to learn in a safe and ordered environment.

Pupils are helped to distinguish right from wrong.

Pupils are helped to respect the law. They are taught the value and reasons behind laws, that they govern and protect us, the responsibilities that this involves and the consequences when laws are broken.

Pupils are helped to understand that living under the rule of law protects individuals.

Visits from authorities such as the Police; Fire Service; Ambulance etc. are regular parts of our calendar and help reinforce this message.

The Behaviour and Anti-Bullying policies encourage the restorative justice process to resolve conflict.

The school has zero-tolerance for any form of aggression, abuse or violence, which extends to pupils, staff and parents/carers.

We are committed to praising children’s efforts. Children are rewarded not only for achievement in curriculum areas, but also for behaviour. Rewards are given in the form of stickers, house points and certificates. Children’s achievements are also recognised during Celebration Assemblies every Friday.

“Pupils talk enthusiastically about ‘play leaders’ and their positive impact on behaviour and making playtimes interesting and fun.” Ofsted April 2019

Within school, pupils are actively encouraged, and given the freedom to make choices, knowing that they are in a safe and supportive environment.

For example, by signing up for extra-curricular clubs, choosing the level of challenge in some lessons and becoming increasingly more involved in child-led learning. A further example is where foundation stage children have the opportunity to choose their extended learning through adult guided child initiated play.

As a school we educate and provide boundaries for our pupils to make choices safely, through the provision of a safe environment, a planned curriculum and an empowering education.

Pupils are supported to develop their self-knowledge, self-esteem and self-confidence.

Pupils are encouraged to take responsibility for their behaviour, for example through our Forest Schools provision, or through e-safety.

Pupils are encouraged to know, understand and exercise their rights and personal freedoms and are advised how to exercise these safely, e.g. through e-safety teaching and PSHE lessons.

Freedom of speech is modelled through encouraging pupil participation.

A strong anti-bullying culture is embedded in the school.

Mutual Respect and Tolerance of Those with Different Faiths and Beliefs

“Despite the small size of the school and its village setting, pupils are keenly aware of their place in, and responsibilities to, the wider world. Pupils said that, because of their lessons and other experiences at school, they know about other lifestyles and ways of being. Examples of this are where pupils have written to a school in South Africa that they have links with. Also, a parent came in to talk about living in Kenya.” Ofsted April 2019

Respect is one of the core values of our school. It is a crucial part of our Christian Distinctiveness that we tolerate the rights of others to uphold their own beliefs. This can be seen and felt in our pervading ethos in school. The pupils know and understand that it is expected and imperative that respect is shown to everyone, whatever differences we may have and to everything, however big or small.

All of the above is embedded throughout the school and strongly promoted at break and lunchtime through our “Playground Leaders” scheme.

Pupils are helped to acquire an understanding of, and respect for, their own and other cultures and ways of life.

Staff and pupils are encouraged to challenge prejudicial or discriminatory behaviour.

Links and visits are promoted with local faith communities and places of worship. E.g. Members of different faiths or religions are invited to school to share their knowledge and enhance learning within assemblies and in class.

Through the PSHE and RE curriculums pupils are encouraged to discuss and respect differences between people, such as differences of faith, ethnicity, disability, gender or sexuality and differences of family situations, such as looked after children or young carers.

Assemblies and discussions involving prejudices and prejudiced-based bullying have been followed and supported by learning in RE and PSHE.

We follow the Lichfield Agreed syllabus for RE and use the Jigsaw and Go Givers to enhance PSHE teaching.

We are currently working on links to schools in other countries.

We offer a culturally rich and diverse curriculum in which all major religions are studied and respected and global dimension work embedded in many of our topics.

Pupils’ spiritual development is shown by their:

Pupils’ moral development is shown by their:

Pupils’ social development is shown by their:

Pupils’ cultural development is shown by their:

This website uses cookies to improve your experience while you navigate through the website. Out of these cookies, the cookies that are categorized as necessary are stored on your browser as they are essential for the working of basic functionalities of the website. We also use third-party cookies that help us analyze and understand how you use this website. These cookies will be stored in your browser only with your consent. You also have the option to opt-out of these cookies. But opting out of some of these cookies may have an effect on your browsing experience.
Necessary Always Enabled
Necessary cookies are absolutely essential for the website to function properly. This category only includes cookies that ensures basic functionalities and security features of the website. These cookies do not store any personal information.
Non-necessary
Any cookies that may not be particularly necessary for the website to function and is used specifically to collect user personal data via analytics, ads, other embedded contents are termed as non-necessary cookies. It is mandatory to procure user consent prior to running these cookies on your website.
SAVE & ACCEPT